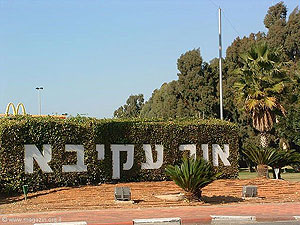 Or Akiva is a city located three kilometers from the Mediterranean Sea, between the 2nd and 4th highway, next to Caesarea.

Or Akiva was founded in 1951. Its first inhabitants were immigrants from Morocco and Poland, later, in the early 60-ies, they were joined by Jews from India.

In the early 90s, about eight thousand immigrants arrived here - repatriates from the CIS countries.

The city is named after Rabbi Akiva. His name means "Light of Akiva". He received his name in 1953.


City streets and attractions near the city:

City streets and attractions near the city:

Israeli Settlements in Judea and Samaria

Religious Cities and Villages of Israel

Distances between Cities and Villages

The Health Care System in Israel

Hospitals and Medical Centers in Israel

Cities and Villages of Israel

Traveling in the Holy Land

The Antiquities of the Land of Israel